Recommend a friend and get a free class or a gift. 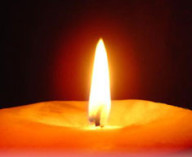 Even though stress is present at some point in life of every human being, people find it difficult to describe. There are many different definitions of stress present in the literature. “The stress reaction is a natural response to fear or uncertainty” (Adamo R., 2012). According to NHS (2010), stress is the feeling of being under too much mental or emotional pressure. When we are hopeless and cannot cope with the situation then pressure turns into stress. When we are stressed we are no longer able to react positively to pleasant or amusing events. Stress can be divided into eustress and distress.

Eustress is a healthy type of stress that gives a person a positive feeling of fulfilment (Wikipedia, 2012). Distress is an aversive state in which a person is unable to adapt to stressors and their resulting stress, and consequently shows maladaptive behaviours (Wikipedia, 2012). This may involve inappropriate social interaction, for example aggression, passivity or withdrawal.

During relaxation the activity of the parasympathetic system increases, whereas the activity of the sympathetic system decreases resulting in slower heart rate, lower blood pressure and increased activity of the digestive system to conserve energy (Adamo R., 2012). Herbert Benson’s work with the Transcendental Meditators in the United States showed that during meditation/ relaxation, in addition to the above, the respiratory rates and oxygen consumption decrease, Alpha waves increase in the brain and the level of lactate in blood decreases. High levels of lactate are associated with anxiety attacks.

Physical exercises are very effective way of relaxation. They help to release the mind from worries by focusing on an activity, lose tension from tight muscles and burn stress chemicals. Yoga is especially helpful because it involves breathing and meditation which, when practised after an intensive physical exercise, are an excellent way of releasing pressure from the body and calming the mind. Other benefits include lower blood pressure and release of neurotransmitters.